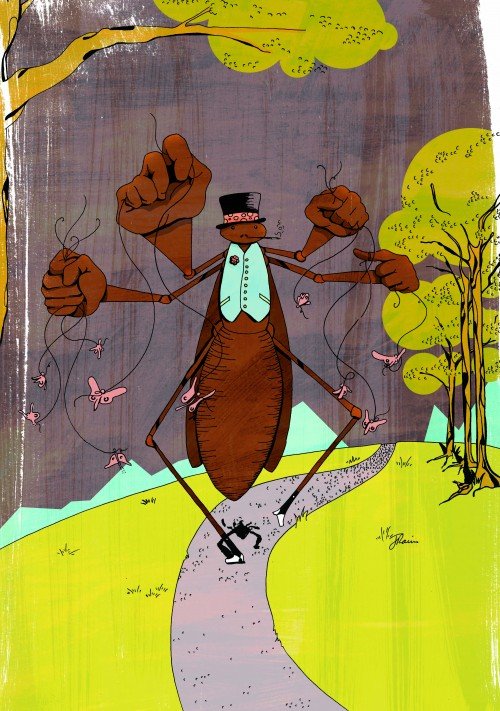 In a crack in a wall, lost among crawlers just like me.
In need of adventure to meet myself, I leave.

In a field of daydreams, a polka dot snake slithers by.
“Do introduce yourself,” she demands, with a glare in one eye.

“In English I am described as low spirits, the blues,
but in French I’m considered an insect, too.”

In awkward silence, she’s unimpressed with my role.
In seconds, she’s ghost; so I ease on down the road.

In moments time, a pink butterfly shimmers my way.
Inspired I exclaim, “You, are a whispered melody.”

In a pretentious tone, “You, are in the way, Itty Bitty.”
“No time to chat. Catch me in a different century.”

In truth, this Itty Bitty has an elephant’s roar,
inbred with a story deeper than roots of the Swedish conifer.

In a church’s pew, a golden spider silks my path.
“Not afraid of the stomping feet?” is what he asks.

Infused with optimism, pushing forward without woe.
In a lot drawn by fate, I’m fucked under blind toes.